Eclectic mix of arts at TAAG this week.... 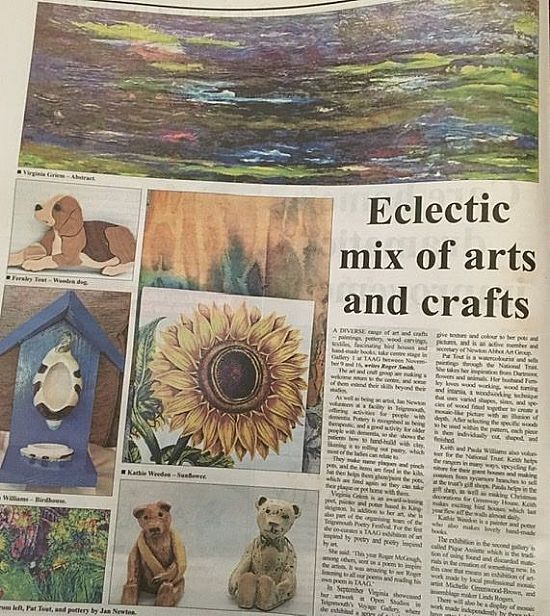 The winner of the 2019 Tower Cup was announced by our judge Paul Kettle Buchanan, following an excellent afternoon of art critique interrupted by tea, coffee, and home-made cake.  Paul’s critique was  informative and enthusiastic and much enjoyed and appreciated by all.  Paul was most impressed by the standard of work which ranged from intricate studies of flora and fauna to ‘pure emotion’.

The winner of the Tower Cup this year was Jacqui Thomson, pictured here with Paul.

Also pictured are Paul with a painting of a leopard by Mary Sutherland, and a boy studying a train by Theresa Grove-Jones. 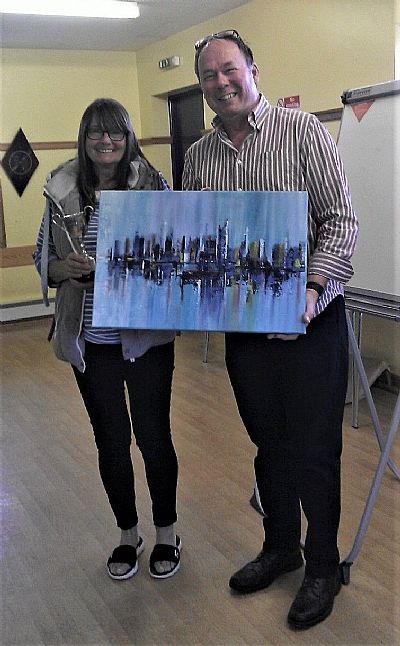 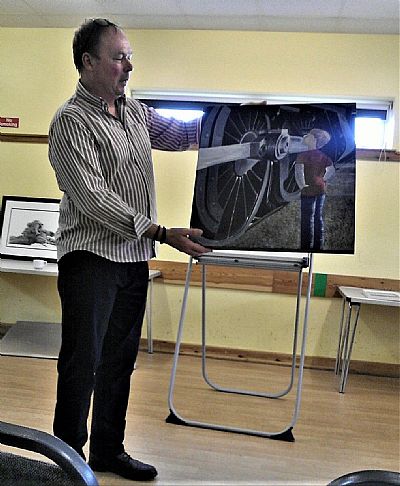 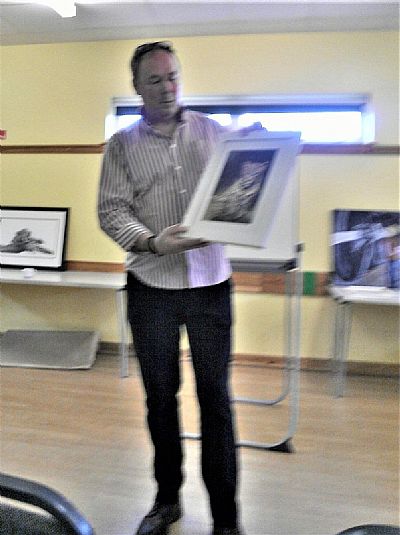 A photo of the 15 who attended with their works of art.... 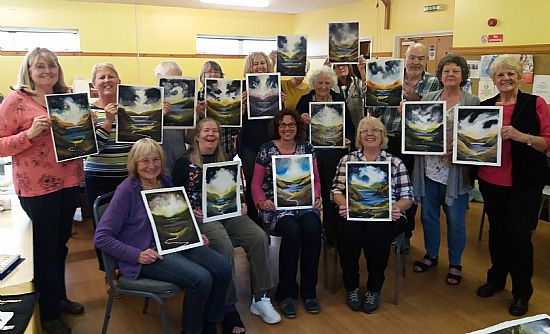 The Presentation of the Tower Cup

The presentation of the Tower Cup is at 2-4:30 pm, on Saturday October the 19th at the Burdett Building/ Scout Building. Refreshments will be served.

The Tower Cup is presented for work done in the Thursday/ Friday classes.

Please see below a message from Bryan :

There is a very touching footnote to Norman’s life and his association with the Newton Abbot Art Group.  Jenny, Norman’s wife, Elizabeth, their daughter, and the rest of their family asked that donations received at the retiring collection should be donated to the Woodland Church where the ceremony was held, and to our Art Group.  We have now been presented with cheques to the value of £256.15 and we have thanked the family for this kind and generous gesture.

During the months of June and July Tom Barnes and John Daly, members of the Newton Abbot Art Group have been involved in developing the artistic skills of the pupils from Ash and Maple classes at St Josephs 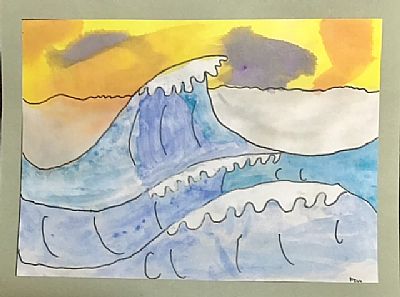 A mosaic described as "A work in process" 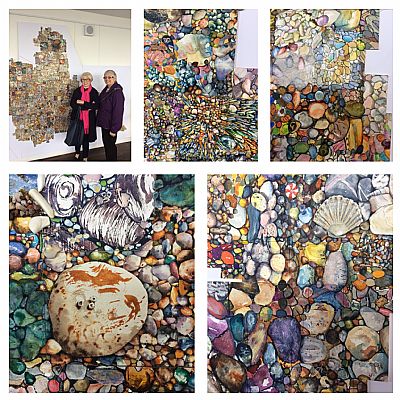 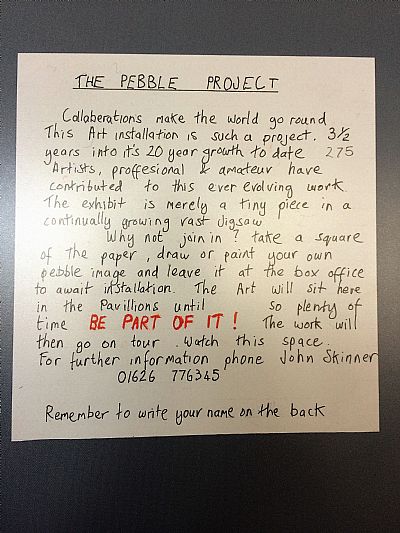 Winner this time round was Julia Hallet with her interpretation of A Shropshire Lad - Loveliest of trees the cherry now by A.E. Housman 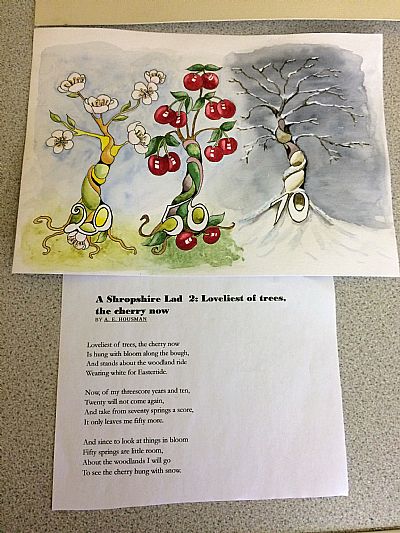 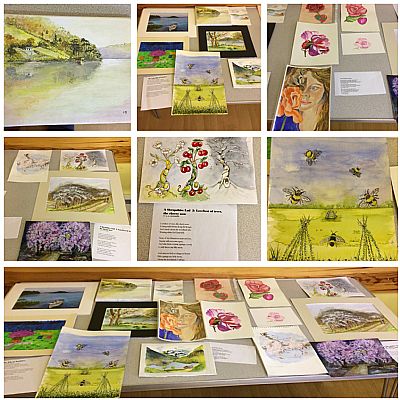 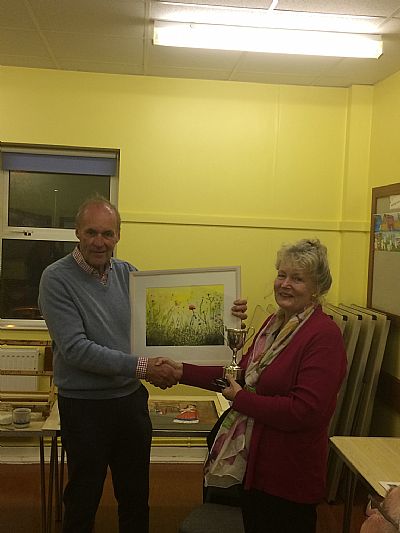 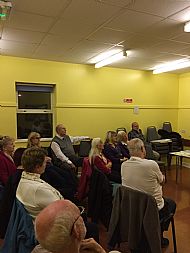 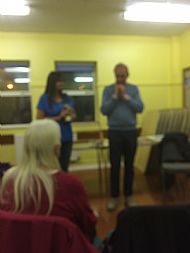 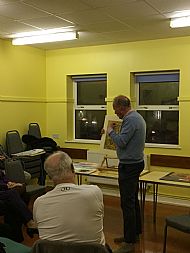 Saturday July 29th was a landmark day for the Newton Abbot Art Group as its second exhibition of the year was able to open on home turf, in the centre of Newton Abbot itself.  The exhibition will be at the Passmore Edwards centre until Saturday the 5th  August and everyone is welcome on the first floor of the library building.  On display can be found an exciting variety of works of art in many mediums, pictures, pottery, woodcraft and very individual handmade cards.  All the work is by local, talented individuals, much of it reflecting the influence of the surrounding South Devon area. It is all very reasonably priced and all for sale.

At the opening of the Show were Paul Freestone, an elected member of the Guild of Railway artists and Felicity Cole, Curator of the Newton Abbot museum.  These two were the judges of the show and they presented certificates to the winners following a buffet lunch, which was open to all visitors.  Also present were the Mayor of Newton Abbot, Councillor Ann Jones accompanied by her husband.  She got the ball rolling by purchasing a local scene to take with her to Germany as a gift to her hosts on the forthcoming twinning visit.  We were pleased to welcome our other guests, Sally Henley, the Town Development officer and Cheryl Marshall, manager of the Passmore Edwards centre.

Over a hundred visitors came to the exhibition on Saturday.  They were overwhelmingly delighted by the high quality of the exhibits and the general ambience of the show is very welcoming.

More information about the exhibition winners and photographs of the exhibits can be seen on the Art Group’s website.

This months favourite was by Jan Newton

Watch out for our next different challenge 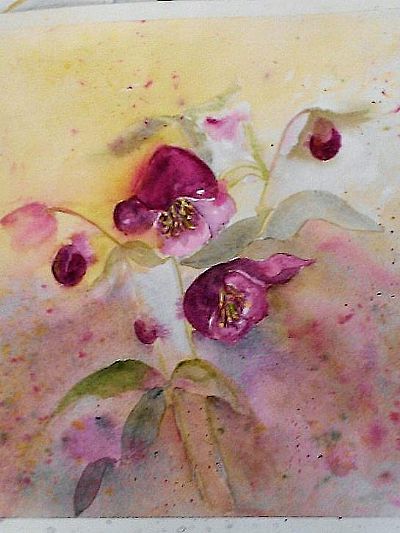 Details and Images of some of the 2,488 entries can be viewed at www.saa.co.uk 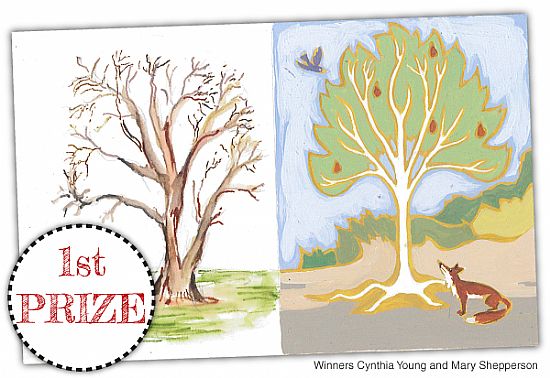 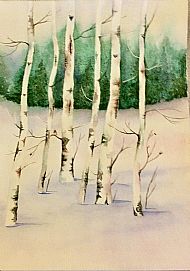 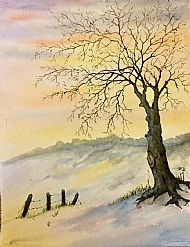 Unfortunately Newton Abbot Art Group did not win the 'Local Art Show Exhibition 2016'.  The competition was won by Flying Colours art group from Teignmounth, who will be exhibiting in RAMM Exeter from 30 April to 29 May.  Well done to all who took part - we shall try again next year.

On 7 April we held our AGM, following by a fascinating talk by Felicity Cole from the Newton Abbot Museum.  Our Chairman John Daly sadly stood down, and a new committee was elected.  Minutes of the 2016 AGM documents/agm-minutes-2016.docx

The Tower Cup which in previous years has been awarded after the AGM, will this year be awarded on 7 July.

Preparations for the TAAG exhibition being held on 4 to 17 June have started and an entry form can be downloaded here documents/exhibition-june-2016-entry-form-taag.docx

Newton Abbot Art Group have entered the Express & Echo 'Local Art Show 2016' competition for local art groups.  If successful it would mean that we would have the chance to have an exhibition of botanical paintings in RAAM, Exeter.   We have now submitted our entry.  More news on how and where to vote for us shortly.

Newton Abbot Art Group were delighted to be asked to try out a range of Pebeo Moon and Prisme paints by the SAA, and report back to them for their Blog.  The SAA kindly gave us 8 canvas boards, pipettes, lolly sticks and a selection of paints for a group of our members to work with.  Jan Newton, who was leading this project purchased an extra 2 sets of paint so that we had more colours to work with.  This gave all 8 artists taking part a chance to experience the interesting results achievable with this range of paints.  The workshop was very enjoyable, and Pat Ware did 'a great job' of demonstrating their use.  Some of the artists comments are noted below:-
- Very versatile and exciting, it is a completely different concept to other paints I have used.
- You don't need to use brushes, use a straw to blow and coax around paper, or use a piece of card or allow to do its own shape.
- On their own or mixed together, it is a magical journey experimenting with them.
- Colours are vibrant - I liked the way the paint moved to produce abstract work, or a particular piece of art.  Colours dropped onto other colours created an exciting picture.
- The paints are intriguing - the movement and the way they separate giving an ever moving finish is fascinating
- I would like to throw them on and see what happens, but it could be very costly that way.  Perhaps I will put them on my Christmas list.
- They could be used for just a focal point on a painting for stunning effects
Taking part were - Barbara, Ann Beves, Diana, Andy, Dot, Jan Newton, Yvonne, Gill, Maggie, Pat Wares, Mary O'dell. 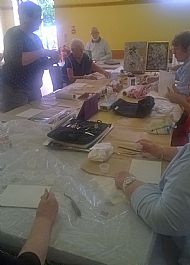 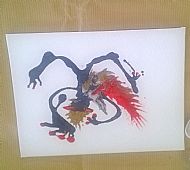 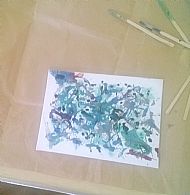 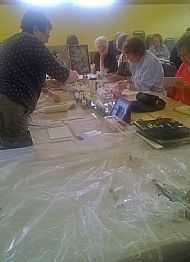 Presentation of the Tower Cup

The winner of the 2015 Tower Cup is Janet Bracewell.  Mike McDonald had a difficult time choosing from an impressive lineup, but said that Janet's painting immediately spoke to him.  Congratulations Janet. 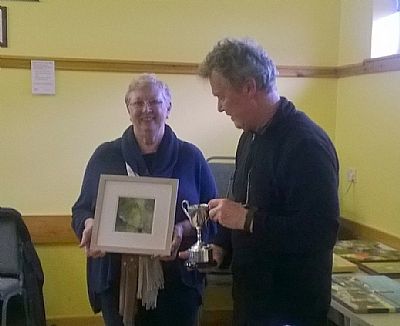 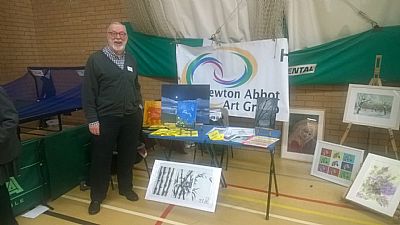 Below is a letter we have received from Pete Rose, organiser of the Fair.

Just a very brief message to say thank you so much for the time and effort you put in on Wednesday morning, the students really appreciated it and we hope that you have a good deal of uptake. If you are interested the mid devon advertiser is going to be running a piece on it.

In about a month I am going to send an evaluation form out for you to fill in if you have time so we can assess the impact of the fair. But my favourite moment since then was a boy covered in smiles talking about having had a good time at the BMX track, unfortunately he had also broken his arm, this hardly seemed to affect his mood at all!

Please vote for the group entry in the RAMM exhibition, see entry form in the Express and Echo

Anyone interested in joining a sketching group please email me